How is Cohesion Policy presented in the media across territorial levels: Insights from a computational text analysis 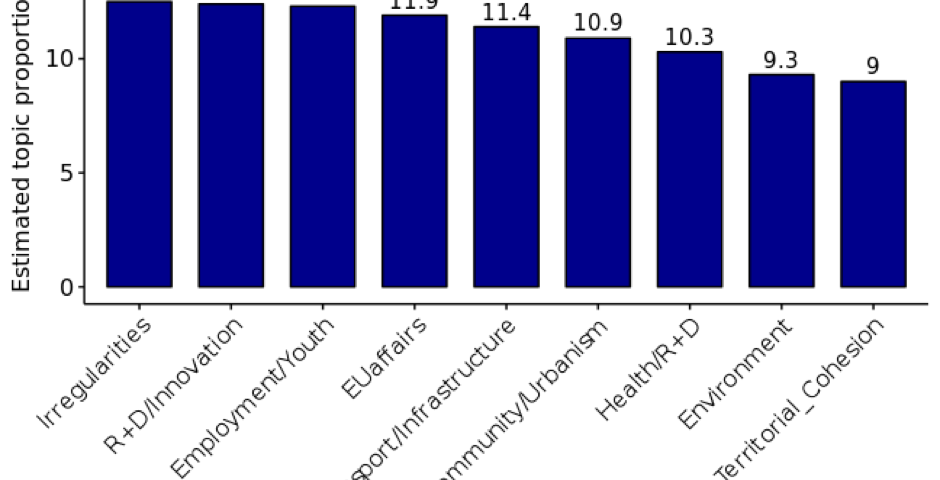 The media play a critical role in informing citizens about the EU and its policies. Research shows that the media not only represent news but also redefine and reshape news in ways that affect citizens’ attitudes.

To date much of the comparative literature on mainstream news has focused on transnational or national news without paying attention to regional news sources. In our Research Paper no. 12 we set out to compare how media frame one of the EU’s most important policy areas, Cohesion policy. In particular, our aim was to uncover territorial and temporal patterns in the EU Cohesion Policy coverage and tone in the online news and social media.

One of our initial problems was the difficulties in finding relevant articles from mainstream media at various levels of territoriality, from the regional through to the transnational. While third party providers offer services to identify news we found that many of the returned articles were non-relevant and coverage at the regional level was limited. Furthermore, we were interested in not only what journalists’ reported but also how this was received and discussed among readers. Through their comments and discussions, the community of readers generate their own content, what we refer to as user-generated content. In addition, we were also interested in social media. To that end, we developed our own crawlers to collect and filter data from online sources.

Our filtered corpus covered 4,000 Cohesion Policy-related news stories and 33,000 user comments. On social media, the dataset includes more than 3,700 posts and 19,500 tweets from Facebook and Twitter respectively as well as comments and reactions. To explore patterns in the data, we applied various methods commonly used in computational text analysis. These included topic modeling and sentiment analysis.

In terms of the news media we found a relatively high degree of topic convergence in both English and Spanish in terms of the main topics discussed. For English we distinguished between UK media and Transnational media (i.e., EU sources in English and International press such as The Economist) while for Spanish language we only included media from Spain.

The topic discussed in the media largely dovetail Cohesion Policy thematic objectives/priorities. We found that major topics discussed included low-carbon economy, R+D and Innovation, Employment and Training, Entrepreneurship, Transport and Infrastructure, and Local Development and Cultural Heritage. We also found that Cohesion Policy was frequently mentioned in connection with broader EU political themes. In all cases, broader themes were uncovered which tended to bundle EU affairs (primarily articles about the Eurozone crisis or the Migration crisis); EU budgetary politics related to issues such as Conditionality, and a separate topic related to Spending Irregularities. Figure 1 shows an example of topic breakdown in the case of Spain.

However, our analysis went further and we controlled for the level of territoriality in which media sources were rooted. Statistically significant differences in the estimated proportions of topics discussed emerged when controlling for territorial level as can be seen in Figure 2. By and large, there were different foci across the levels. The national level media (as well as the International media) tended to focus on higher level issues such as EU affairs, budgetary politics and Irregularities while the regional media's focus was more congruent with the EU's programmatic priorities and discussed topics such as Energy, Environment, Local Development and Cultural heritage. 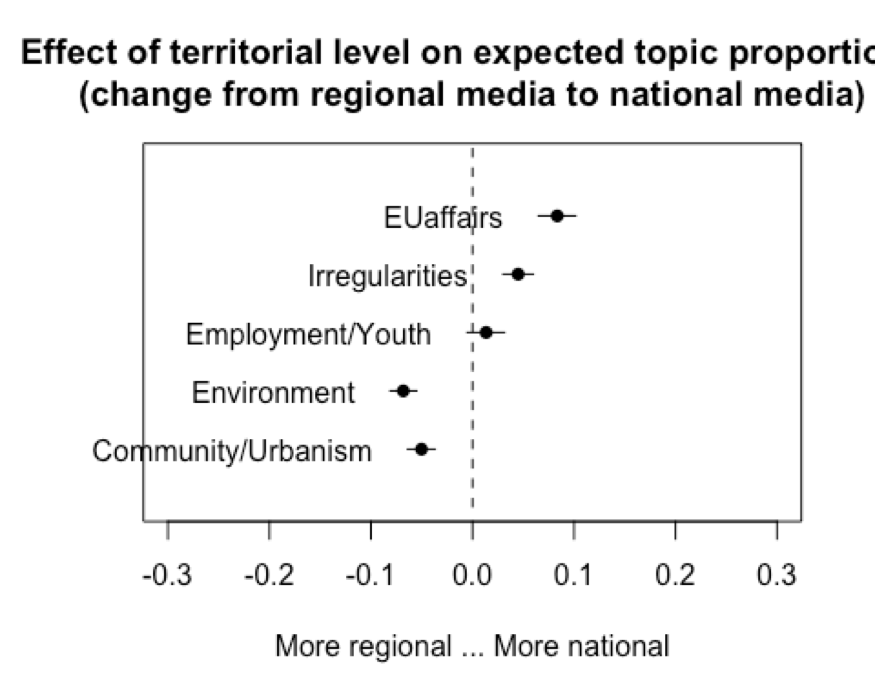 Figure 2: Differences between regional and national media in topic focus


Analysis of sentiment for the English language document also showed that the lower the level of territoriality the more positive the coverage.

User generated content revealed some interesting patterns too. While discussion in Spain was mainly neutral or positive, in the UK media there was a much higher bias towards negative opinion. This can be seen in Figure 3, which tracks the evolution of sentiment for two national media sources in the UK. It shows that most discussion is negative.


Our analysis of social media revealed that by far the majority of posts and tweets do not express any opinion (i.e., they are mostly objective statements such as ones that provide information about, say, an event or a call). Ultimately, the largely neutral/positive sentiment associated with the social media sources analysed is not too surprising since these social media groups were mainly composed of official channels or policy communities with some connection to Cohesion Policy.

These findings have important policy implications. First, we conclude that a territorially targeted media strategy is needed to improve public understanding and appreciation of Cohesion policy. Second, the Cohesion policy community needs to engage in more emotive and topical social media activity and two-way exchanges in order connect with citizens, instead of circulating factual information that does not encourage public engagement.

The report 'EU Cohesion policy in the media: A computational text analysis of online news, user comments and social media' can be found here.